Women in IT: The Life Story of Augusta Ada King Byron by Prof. Dr. Mansoor Sarwar It is a little known fact to the general public that a woman, Augusta Ada King Byron, is recognized as world’s first computer programmer. She wrote a step-by-step procedure, an algorithm, in 1843 to compute Bernoulli numbers on Analytical Engine, the calculating machine designed by her mentor and “The Father of Computers,” Charles Babbage.

Born on December 10, 1815, Ada was the only legitimate child of Lord Byron, one the greatest and widely read British poets. She was named Augusta but Byron called her “Ada.” Byron separated from his wife, Anne Isabella “Annabella” Milbanke, when Ada was one month old, because he was expecting the birth of a boy. He left England for good when Ada was four months old. It seems that it was a painful parting for Byron as he reflects it in a poem that starts

"Is thy face like thy mother’s, my fair child! ADA! Sole daughter of my house and heart? When last I saw thy young blue eyes they smiled, And then we parted,—not as now we part, But with a hope."

Byron never saw Ada again. However, he did ask his sister to keep him informed of Ada’s wellbeing. He died in Greece at the age of 36 when Ada was eight years old. His wife, Annabella, remained bitter about Byron all her life and did not allow Ada to even see his father in a family portrait until she was 20 years old—around the time that she got married. Ada, on the other hand, remained interested in her father and was buried next to him at her request.
Many eminent mathematicians and scientists of the 19th century, including the Scottish mathematician and science writer, Mary Somerville, home schooled Ada in mathematics and science. Ada had great respect and affection for Somerville and they remained in touch for many years. Somerville also introduced her to Charles Babbage in June 1833. A few days later, Babbage invited her to see the model for his Difference Engine. She was fascinated to see the machine and visited him often. Babbage was so impressed with Ada’s analytic skills that he called this 17-year mathematics genius “Enchantress of Number.”
The British mathematician, logician, and University of London professor, Augustus De Morgan of De Morgan’s Laws fame also tutored her in advanced mathematics. Ada’s other scientific acquaintances included Sir Charles Wheatstone of Wheatstone Bridge fame, Michael Faraday of Faraday’s Law fame, and Charles Dickens, the greatest novelist of the Victorian era.
Ada pursued many diverse research interests, all focused around mathematics and numbers. At 12, she developed the desire to fly. After much research regarding the anatomy of birds, materials for wings, equipment required, role of steam in flying, and the right size of wings for a body size, she wrote a book, Flyology, that described the art of flying.
In the mid to late 1840s, Ada developed love for gambling and lost a lot of money while betting on horses. In 1851, she developed a mathematical model to win bets on horses. The model was a terrible failure and she went under by thousands of pounds. During the same year, Ada wrote to her mother that she was working on formulating relationships between mathematics and music. Ada also spent time to develop a calculus of the nervous system. Her desire was to create a mathematical model to represent the process our brain and nerves follow to give rise to thoughts and feelings.
In 1840, Babbage gave a talk at the University of Turin on his Analytical Engine. Luigi Menabrea, a young Italian mathematician and engineer, transcribed Babbage’s lecture into French and had it published in October 1842. Menabrea later became an army general and the Prime Minister of Italy from 1867 to 1869. During 1842-43, Ada spent about a year in translating Menabrea’s paper into English and augmenting with her own notes about the Analytical Engine.
In her notes, she described the function of Analytical Engine with an illustrated step-by-step procedure to compute Bernoulli numbers. Her notes were published in Scientific Memoirs, edited and published by Richard Taylor. In her biography, “The Bride of Science: Romance, Reason, and Byron’s Daughter,” historian Benjamin Woolley writes that the scientific community at the time appreciated Ada’s work and Michael Faraday described himself as a supporter of her writing.
Ada also described in her notes that Analytical Engine was more than a mere number cruncher and that it could be programmed to solve problems of any complexity. She was the first to realize that numbers could represent objects other than quantities, such as letters, musical notes, etc.. She wrote, “[The Analytical Engine] might act upon other things besides number, … the engine might compose elaborate and scientific pieces of music of any degree of complexity or extent.”
The historian of computing and Babbage specialist Doron Swade writes, “It is this fundamental transition from a machine which is a number cruncher to a machine for manipulating symbols according to rules that is the fundamental transition from calculation to computation—to general-purpose computation—and looking back from the present high ground of modern computing, if we are looking and sifting history for that transition, then that transition was made explicitly by Ada in that 1843 paper.” Essentially, Ada was first one to comprehend that such a machine could be used in the way as it is in today’s modern world.
In her notes, Ada dismissed artificial intelligence. She wrote, “The Analytical Engine has no pretensions whatever to originate anything. It can do whatever we know how to order it to perform. It can follow analysis; but it has no power of anticipating any analytical relations or truths.” Many have disagreed with her on this issue, including the celebrated mathematician, computer scientist, logician, and cryptanalyst Alan Turing in his seminal paper on artificial intelligence, “Computing Machinery and Intelligence.” 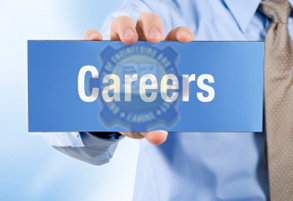